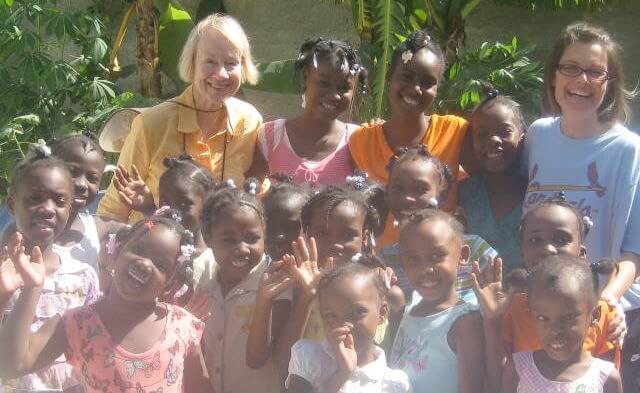 PORT AU PRINCE, HAITI. In 2011, this city was ranked 221 out of 223 cities for quality of life. On the edge of the city is an orphanage for girls called House of Joy. Says O’Fallon resident Cindy Keagy, “this orphanage was started 3 years ago by Pastor Jean Brisenault and his wife, Joseline. The majority of the girls came from Cite Soleil, probably the poorest and most over crowded area in Haiti.  That is where the Pastor came from and he knows the chances of making it out of that poverty are very slim. Most of the girls had not attended school or been a part of a church community until they came to live at House of Joy. Some are orphaned and others come from large families being raised by single mothers. Since Pastor and his wife have one daughter, they decided to start an orphanage for girls only.”

Like girls anywhere else they have hopes and dreams, “The girls dream of being a ballerina or a dancer but in Haiti they do not have the opportunity. There is only a small group of us going this summer and we’re trying to come up with some things the girls would think was super exciting. We do not have any training in dance but are taking music and a ballet instruction video so hopefully they will pick up a few things but mainly just have fun. My friend that is going with me is making tutus,” says Keagy. There are eighteen girls, mostly between the ages of eight and ten. “They are extremely interested in ballet and other dance.  When I go at the end of June, I would like to take ballet shoes and leotards.” And they have partnered with a local dance business, My King Studio of Dance, to collect used ballet shoes and leotards in good condition.

As with anything, there are other, less romantic, but very real needs. “Presently, it is the rainy season and the orphanage is having issues with their building and standing water that is attracting mosquitos and other insects. We are in need of mosquito nets and financial support to get the repairs made to the building,” says Keagy. Malaria is a danger in Haiti. If you are interested in donating supplies or funds, or even just want to connect with this ministry, visit their website or  facebook page.

Drop off dance supplies to:

My King Studio of Dance